One of Tokyo's boldest architectural creations 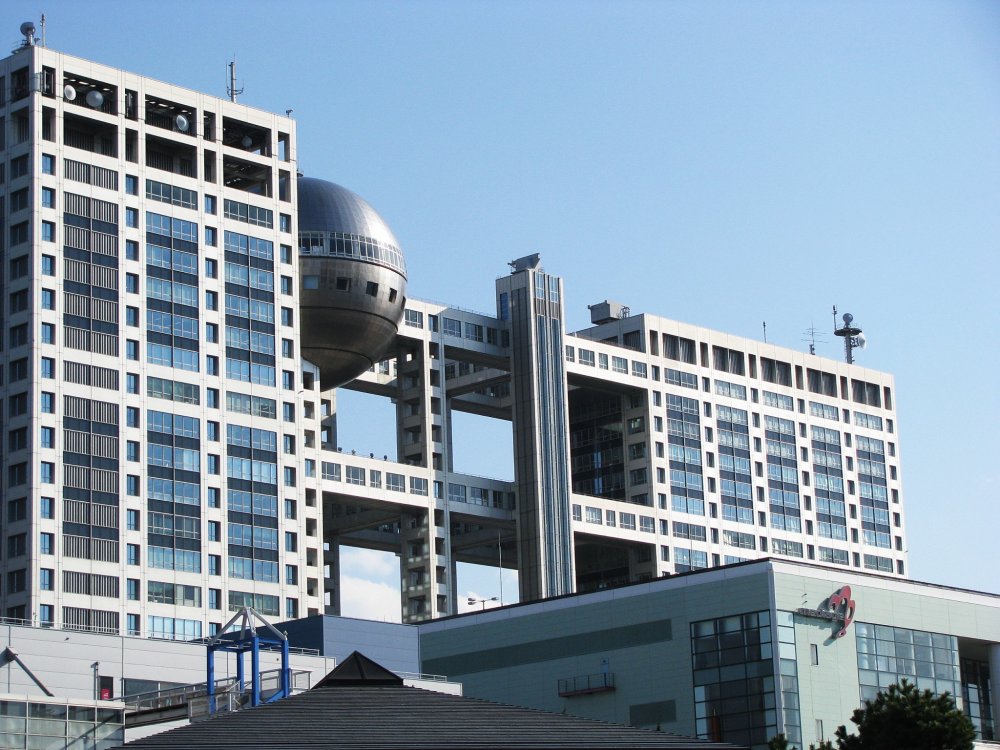 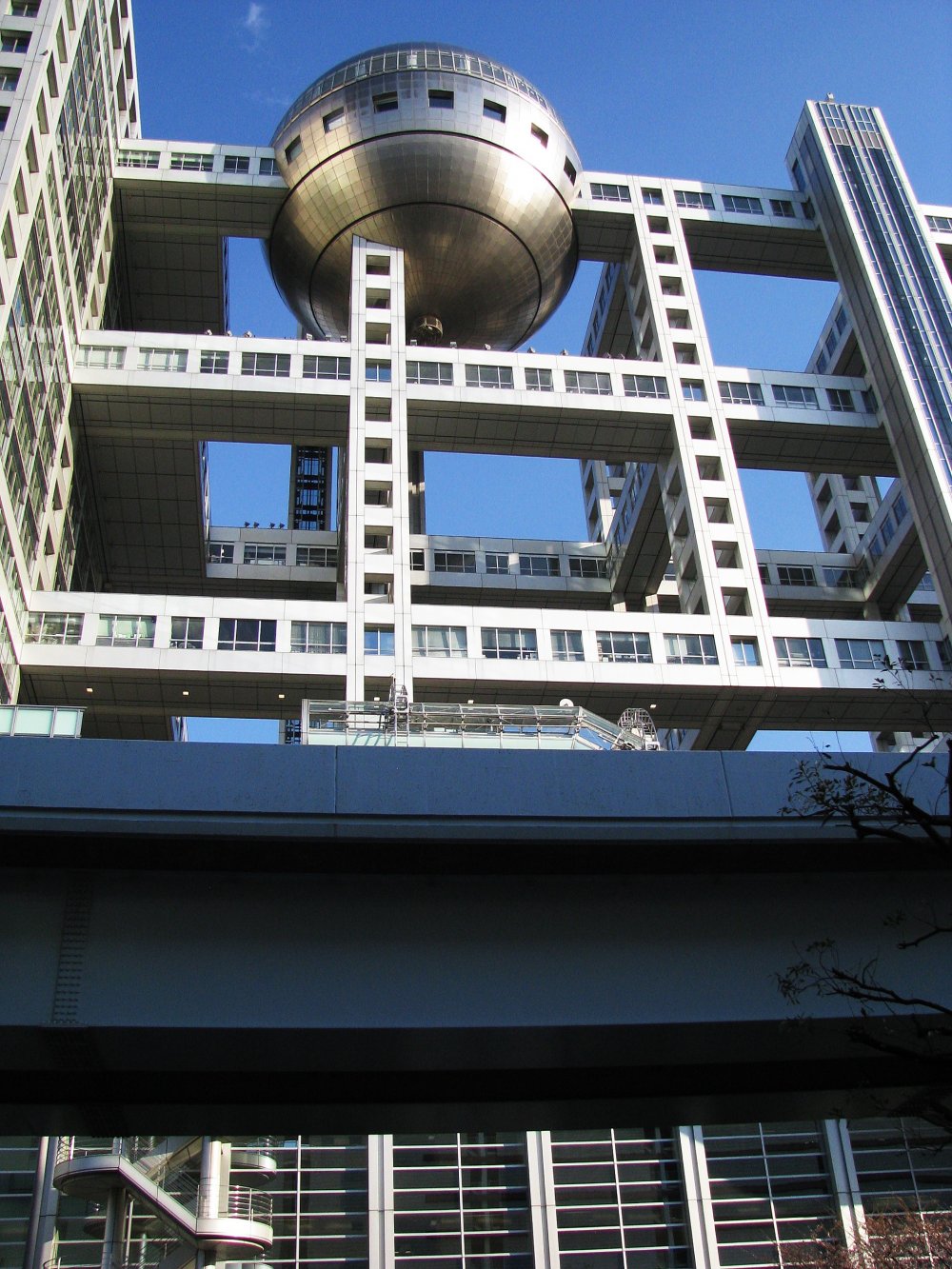 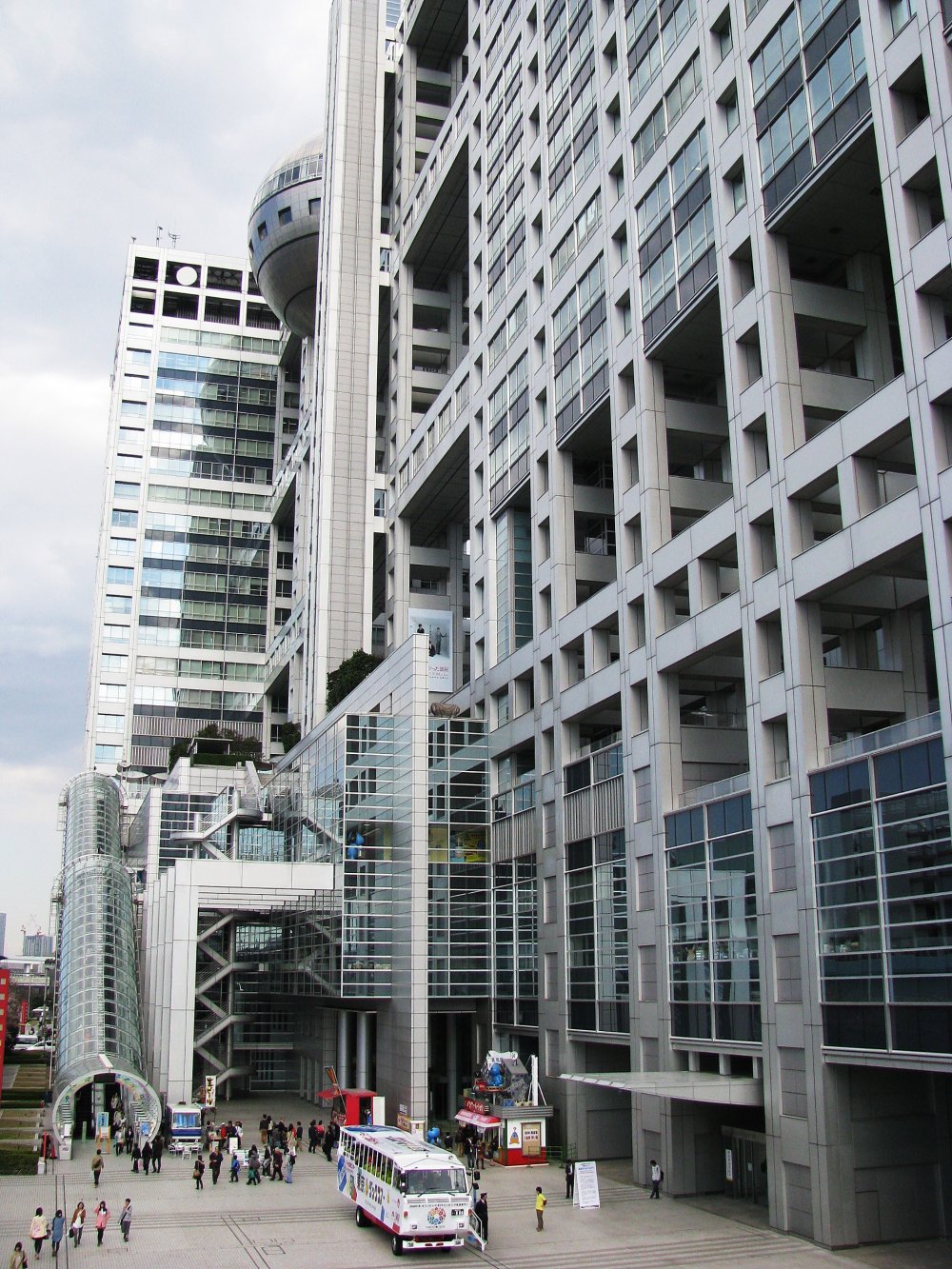 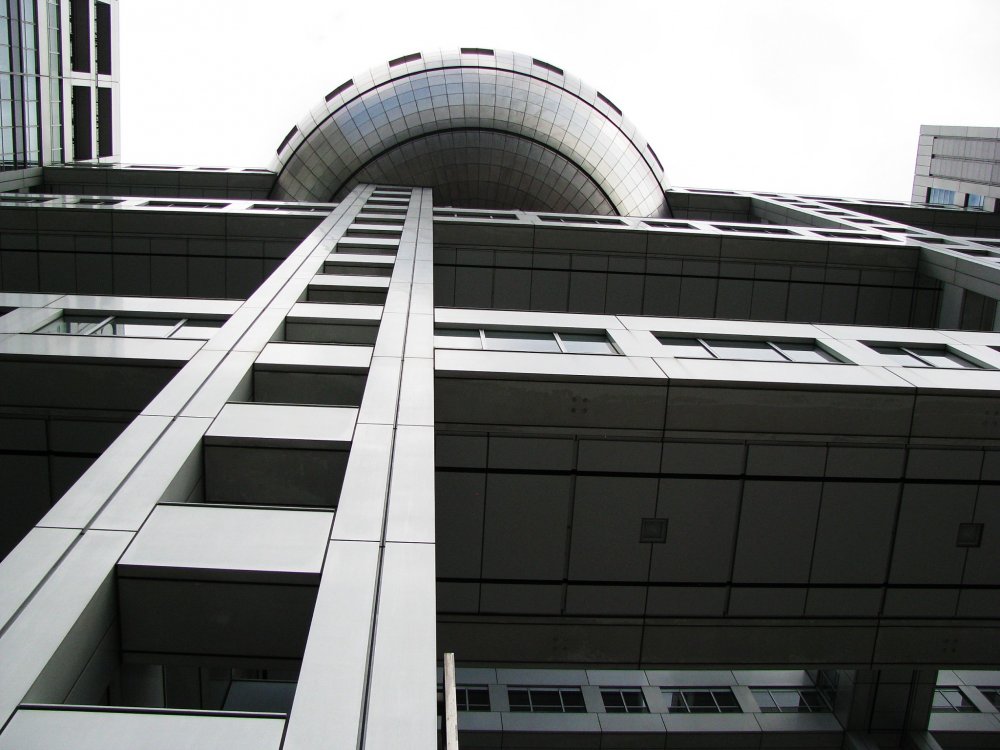 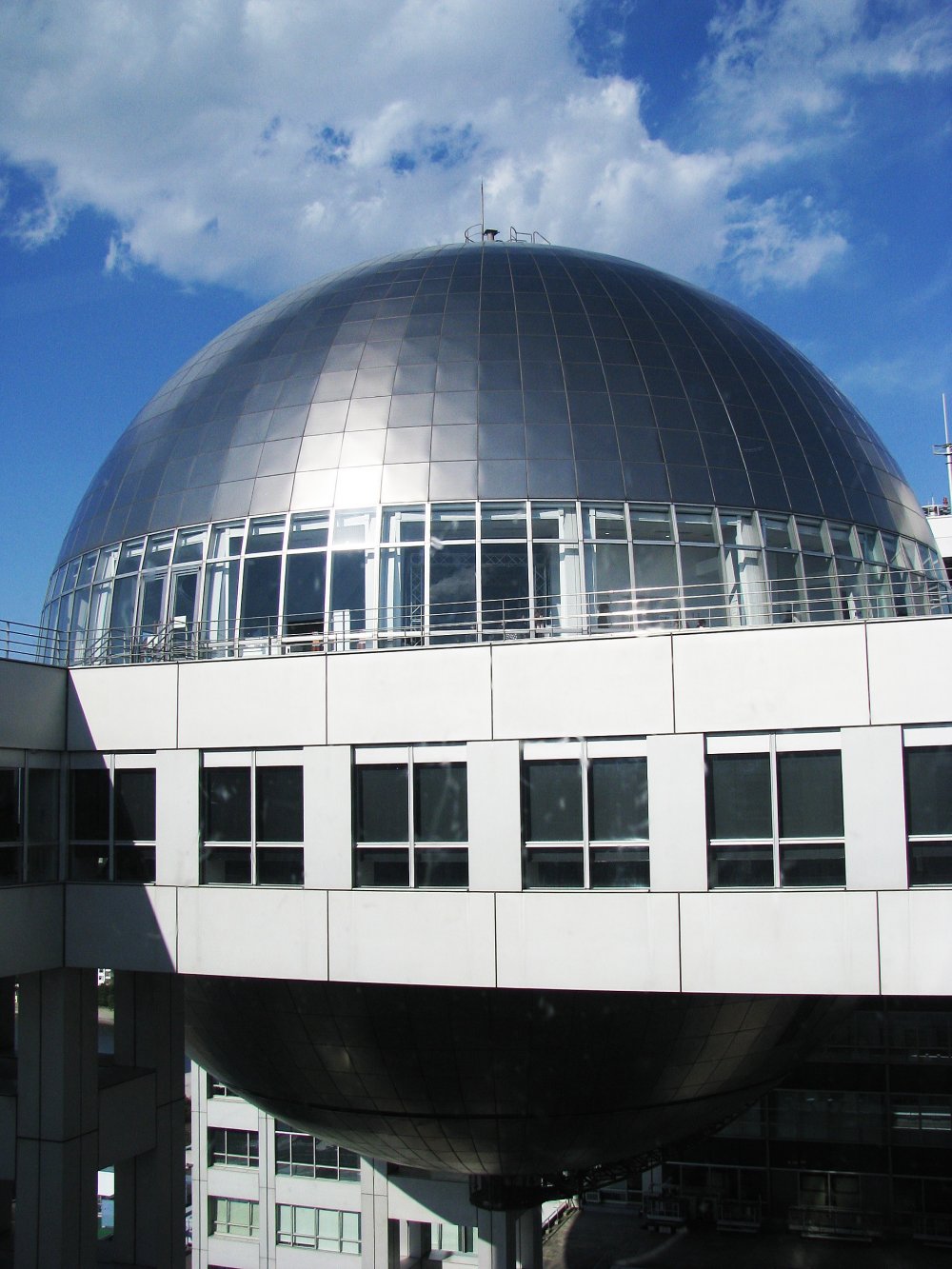 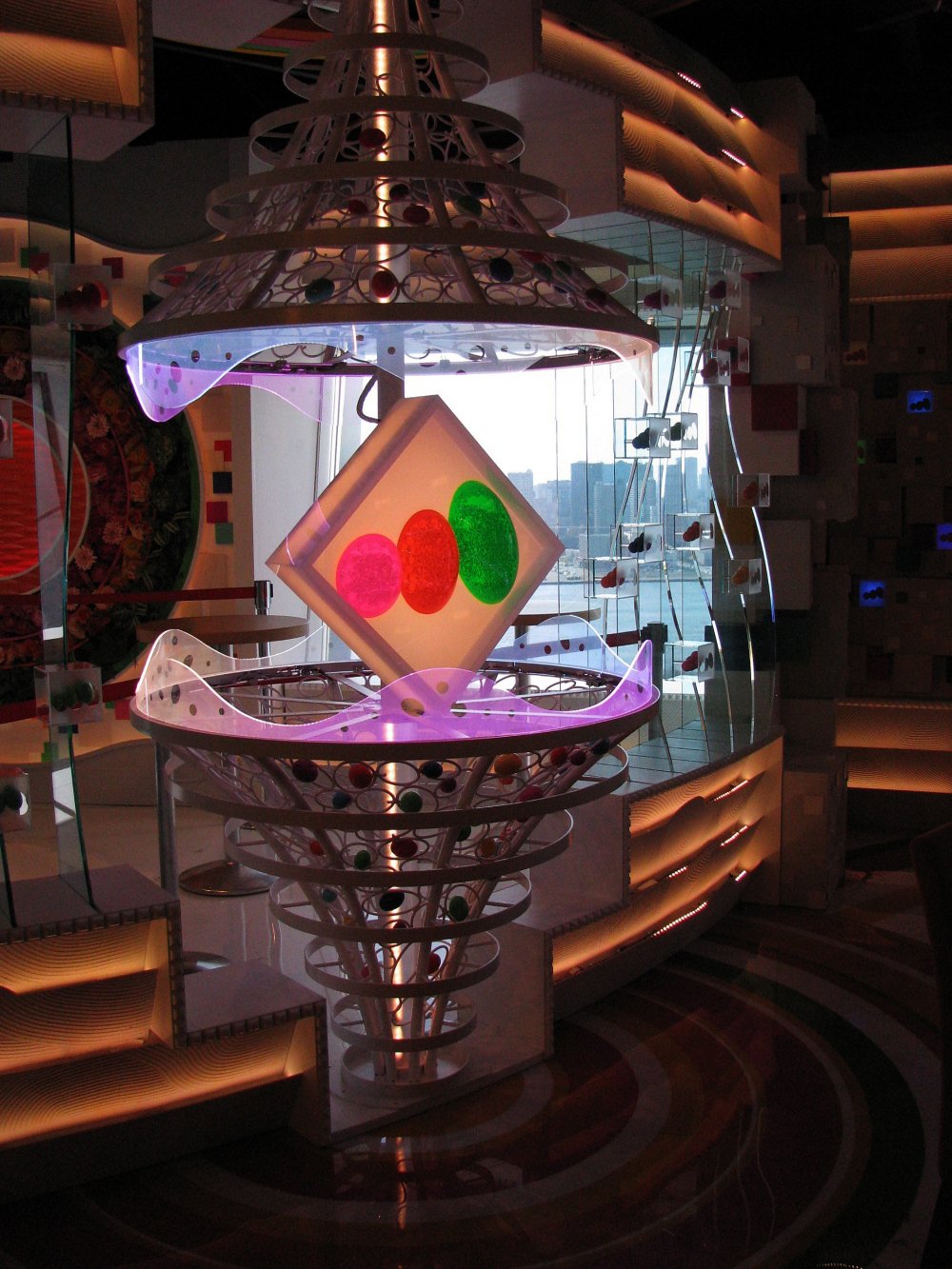 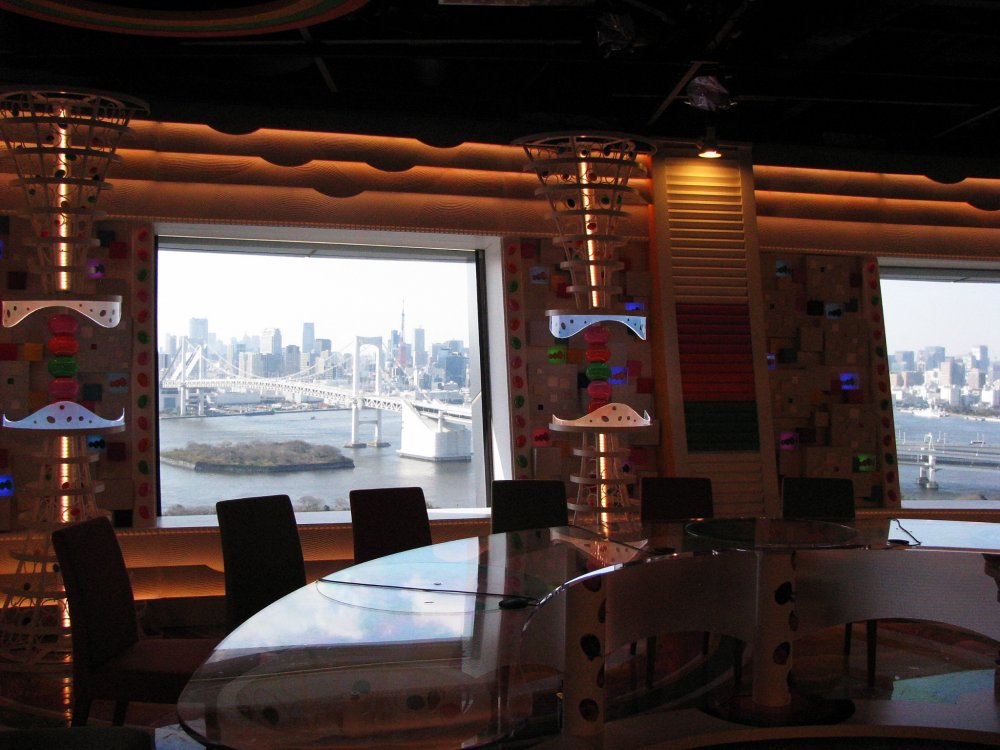 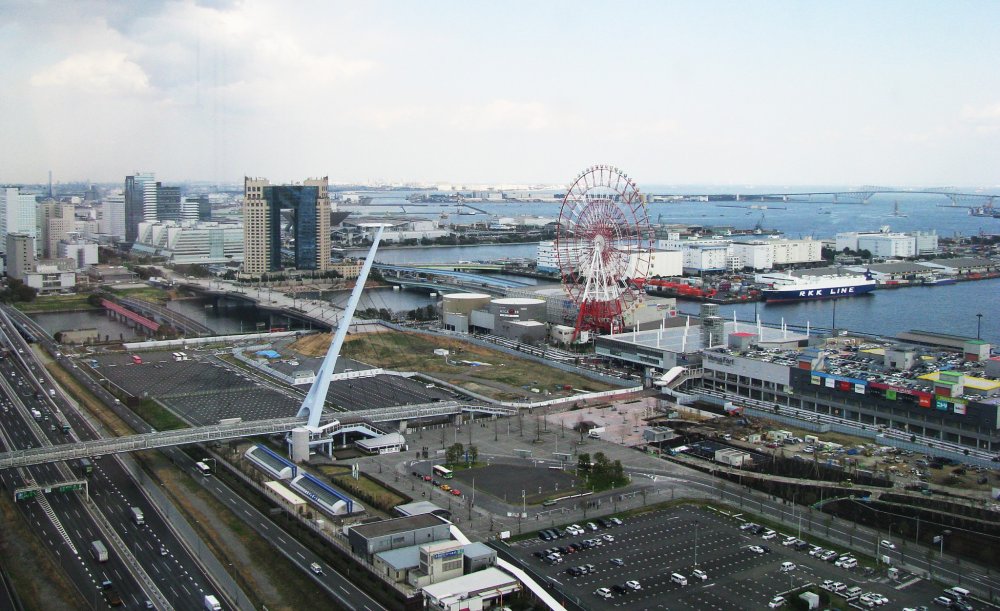 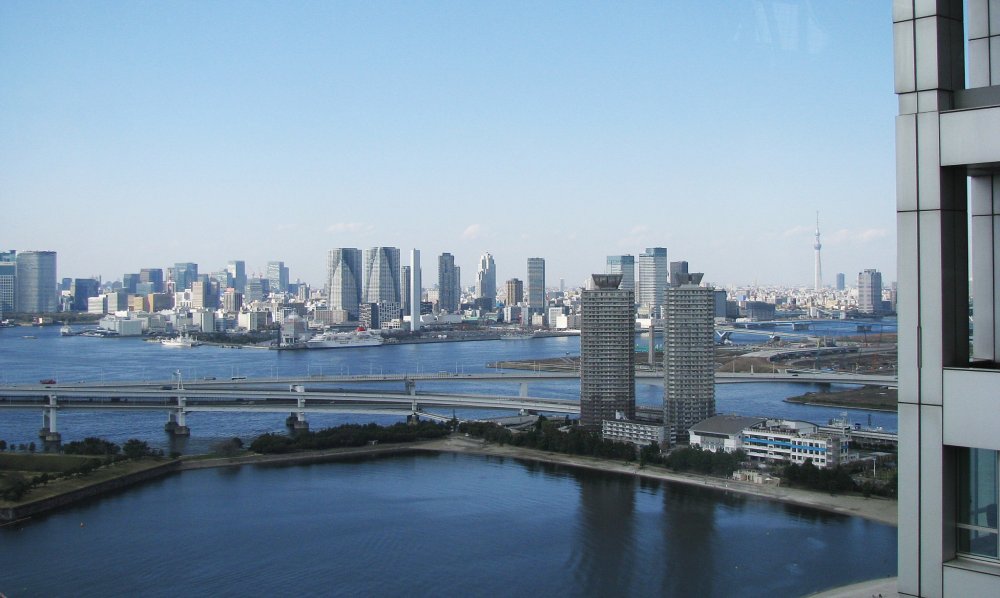 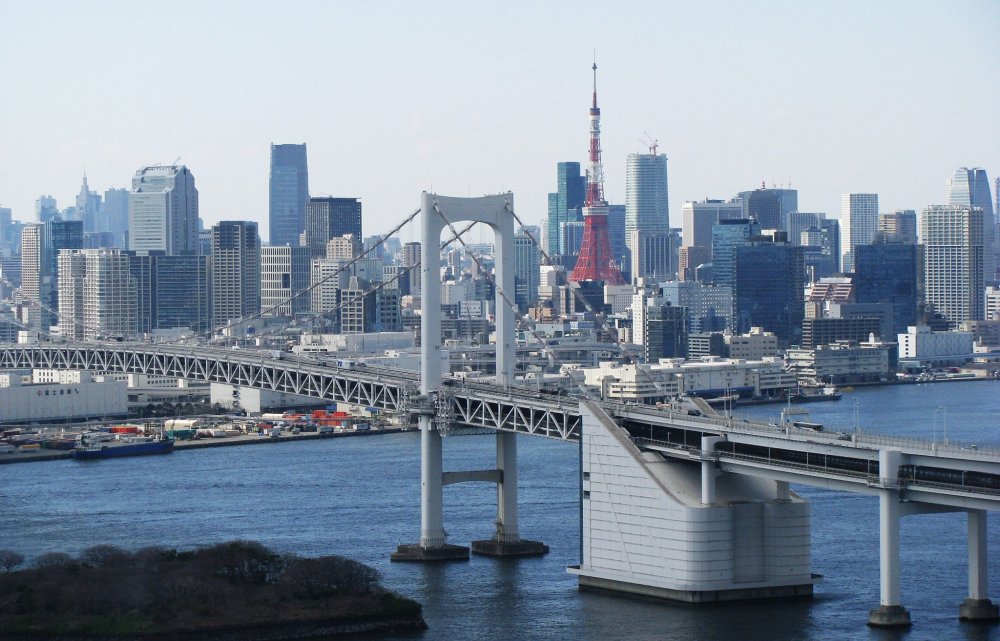 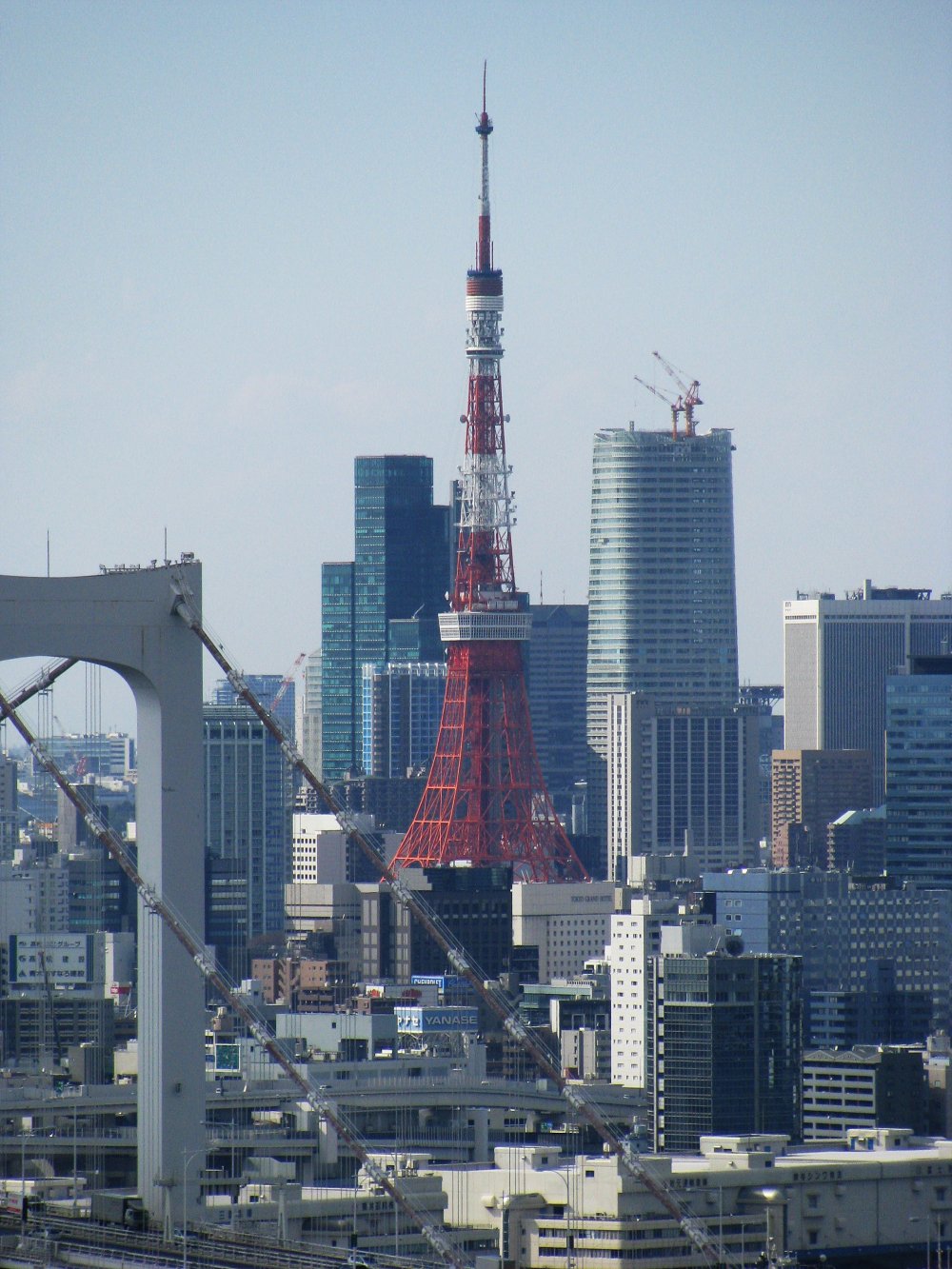 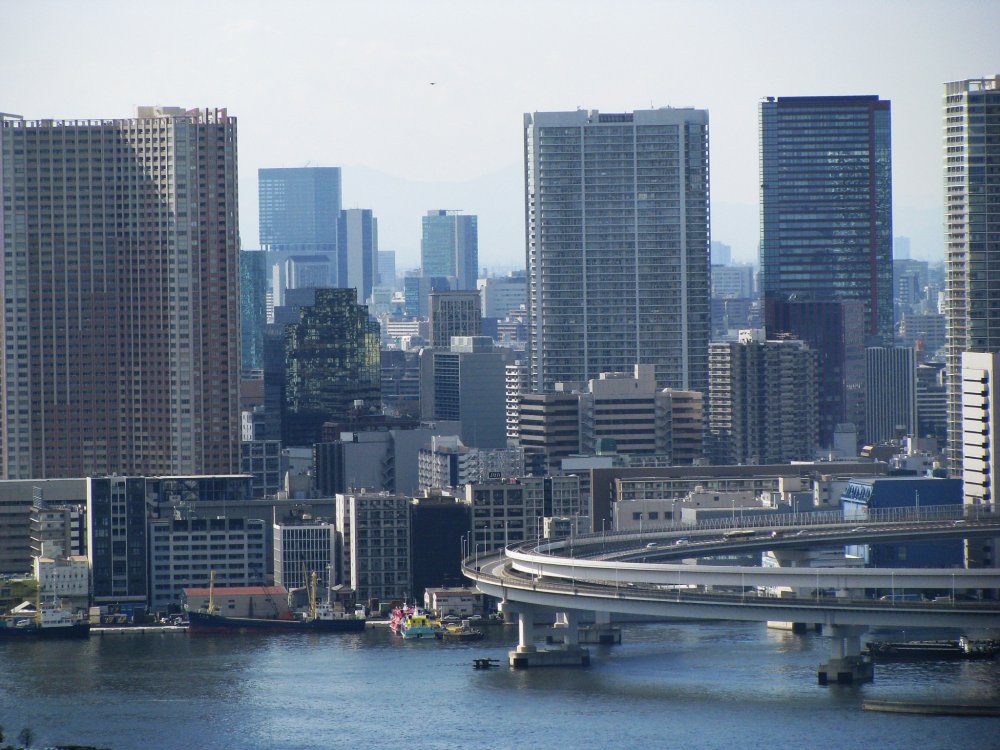 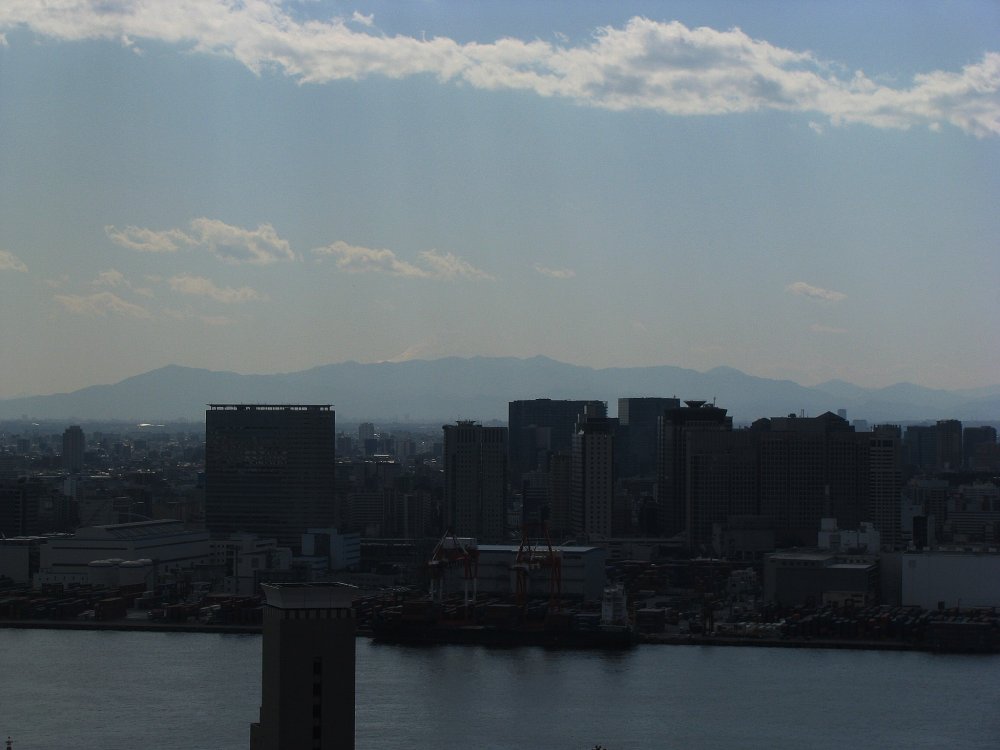 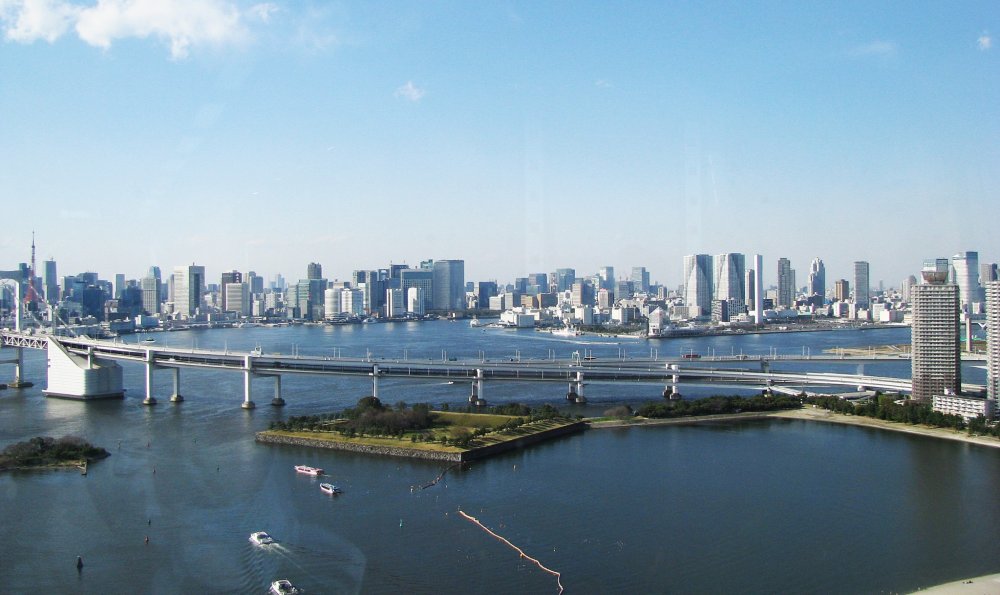 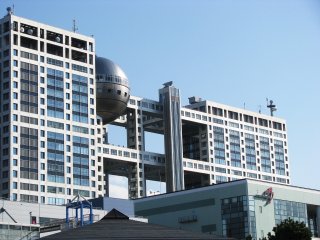 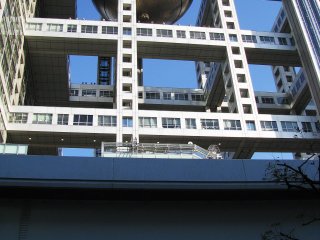 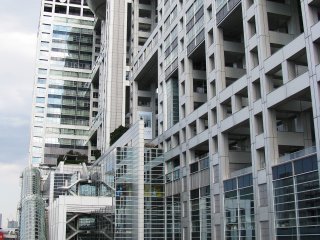 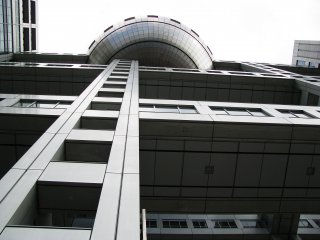 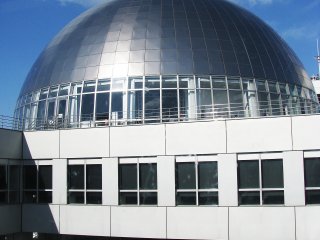 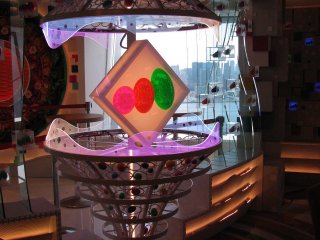 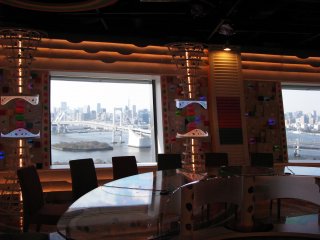 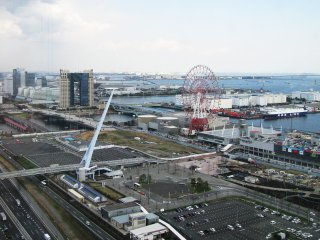 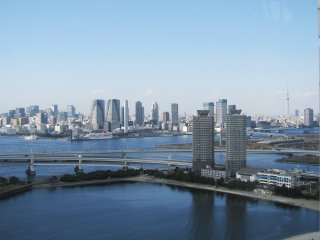 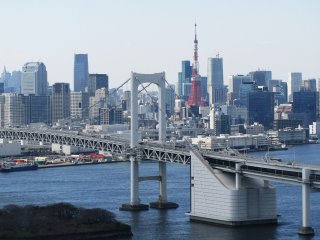 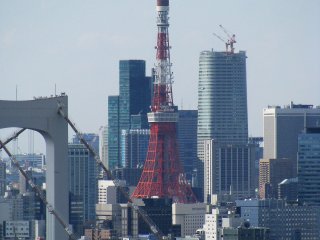 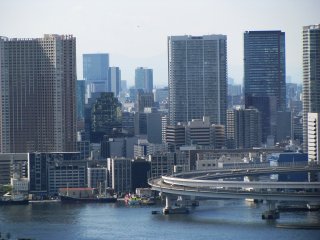 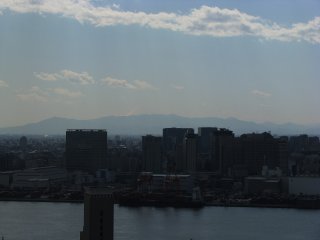 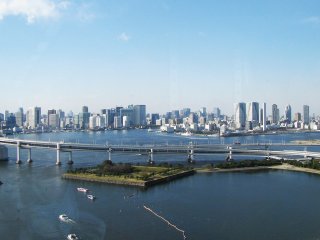 Fuji Television is one of Japan's private, nationwide TV stations. The Fuji TV Building in Odaiba is the headquarters and studio. Also, you can see some exhibits on popular programs, buy Fuji TV goods at a shop, and access the futuristic looking building's observatory deck housed in the sphere-shaped part of the building. Panoramic views of Tokyo are available in all directions because of the sphere shape.

At first, I spotted the Fuji TV Building from the Ferris Wheel on my first visit to Odaiba. I thought it was very interesting, but heavy rain of the coming typhoon didn't allow me to visit it at that time.

My second visit to Odaiba and the Fuji TV Building was on a fine spring day. The views from the sphere were really grand and I could even see Mt. Fuji! Also, I recognized the studio that I had previously seen in some television program before. The building itself impressed me by its architecture and design.

I love Japan very much! I like small towns of Japan where I can watch people doing their business and talk to them carefully. They're always friendly. I like Japanese gardens where I can just sit or walk and take my time. Also I like Shinto Jinja as being there I feel in peace. I like to watch sunsets and then to dine in some small local places. I like to soak into onsen after a long day of wandering. I like Japanese crafts very much as all items are made with great taste and skill. Nihon wo daisuki desuyo!